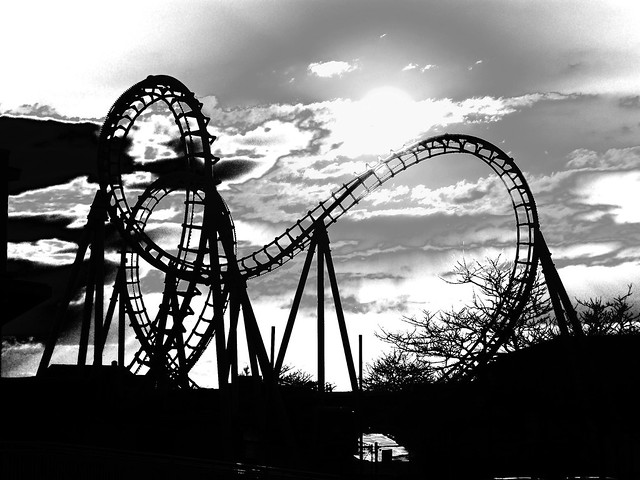 Going into the DAM all-day workshop I was feeling a little overwhelmed to say the least. I hadn’t finished my DSI assignment that was due in a little over 24 hours and I was tired and felt under-prepared for this subject.

I was also a bit pissy with my teammates who had wanted to meet at 8:30 that morning to go over our presentation but none managed to show up on time and some not at all…

As the day unfolded I was glad that I had actually spent time doing the pre-work for the class. It really helped me make sense of what we were doing and I was really pleased that I had had a unique insight into it as well.

Interestingly the real breakthrough has nothing to do with the class work at all. It was all about what was happening inside for me. My feelings of being lost and out of control. Thoughts about dropping a subject or the whole thing entirely had been filling my mind. Struggling with the DSI assignment wasn’t helping…

During Erin’s introduction, she spoke about similar feelings. Feelings I immediately identified with. It gave me hope that I was not alone, that if others were feeling like me then perhaps that was part of what was meant to be happening.

So it came round to me to introduce myself. I did the usual spiel and finished… but then something happened, the next person didn’t start, there was a gap and a half-considered idea spilt out…

I spoke about how I felt that I was on a roller-coaster just without a seat-belt. It was cathartic to get it out. To own what I was feeling in a public space. More importantly, it allowed for my feelings to be acknowledged and addressed.

I will never forget Theresa standing there saying that it was such a great analogy as it implied that there was a track, one that she had built and was ultimately in control of. That what I had to do was actually trust that she knew what she was doing and that it was going to be OK. The I wasn’t going to fall out of my seat on the first loop.

That I was going to be OK.

So I did… For the first time in a long time, I started to let go and trust. Just like I am now, writing this. This is new for me, but I trust Theresa and no matter the feelings I have around putting this all out there, I will do it.

I have learned that it is OK to be feeling like this. Feeling lost and out of control and overwhelmed. That this is part of a deliberate strategy and in fact, it is a place that I need to learn to be happy in.

That the practice of being a data scientist lives right here, at the crossroads of uncertainty and experimentation. Theresa explained it as a triangle with Creativity, Uncertainty and Risk at each point. They all interact together and you can’t have one without the other two.

There was so much going on in my head that night that when I got home I realised that I needed to move, my body needed to process something and it couldn’t do it cooped up inside. There was this immense pressure inside that needed release. And so I did, I walked and walked late into the night, for hours…

I happen to know how long I walked for and how far because I am tracking every movement I make at the moment. 6 kilometres and 3 hours later I returned feeling refreshed and released but need to know more. I Googled Theresa and found this. The many faces of uncertainty: getting at the anthropology of uncertainty by Theresa Anderson

For me choosing to come here was hard, the lure of finishing within a year had great cost advantages, both for the degree but also of not earning and yet still paying for the cost of living. It would have meant that I could spend 9 months studying and then start working as a data scientist.

This degree really spoke to me because of the innovation and the collaboration aspects of it. That it wasn’t just about the toolset. I can get the toolset from anywhere (mooks anyone?). It is about how we use it and where we use it. After 22 years in the corporate sector, I am starting to realise that for me I want to do something more meaningful.

Hanna Wallach (2014) sums this up with her writing of “rapid, breakthrough innovations are best facilitated by bringing together people with diverse backgrounds“. Looking at the cohort I can see that this has been put into practice with such wide range of classmates. That diversity is really important for robust thinking and learning and helping to remove unconscious bias from our work.

The other key point that she makes is about ethics and the need for Data Scientists to really know and understand about the choices we make and how we are introducing bias into the algorithms that we produce. How they may work for the majority but be unfair towards the minority. That this is important because “big data, at least as the term is commonly used, is actually granular, social data” (Wallach, 2014) and any negative impacts are very real to those actual individuals, even if it is just one. In the current case, one person who does not get a loan approved who should have because the model predicted they were at high risk of defaulting. That could change their life significantly for the worse.